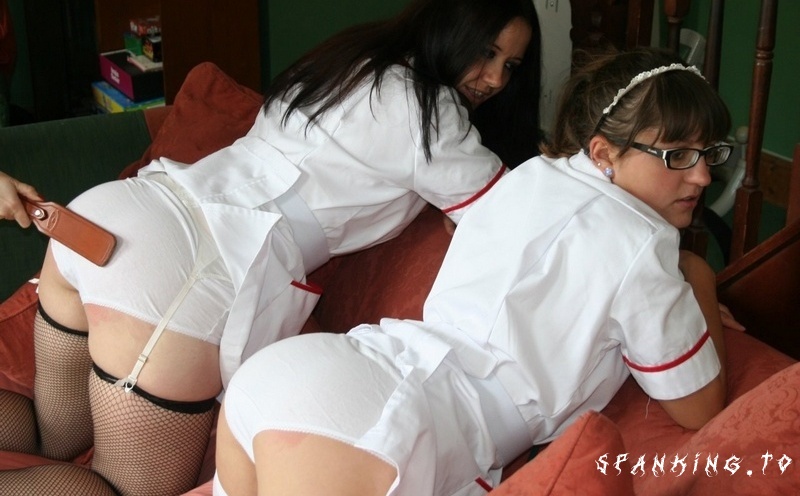 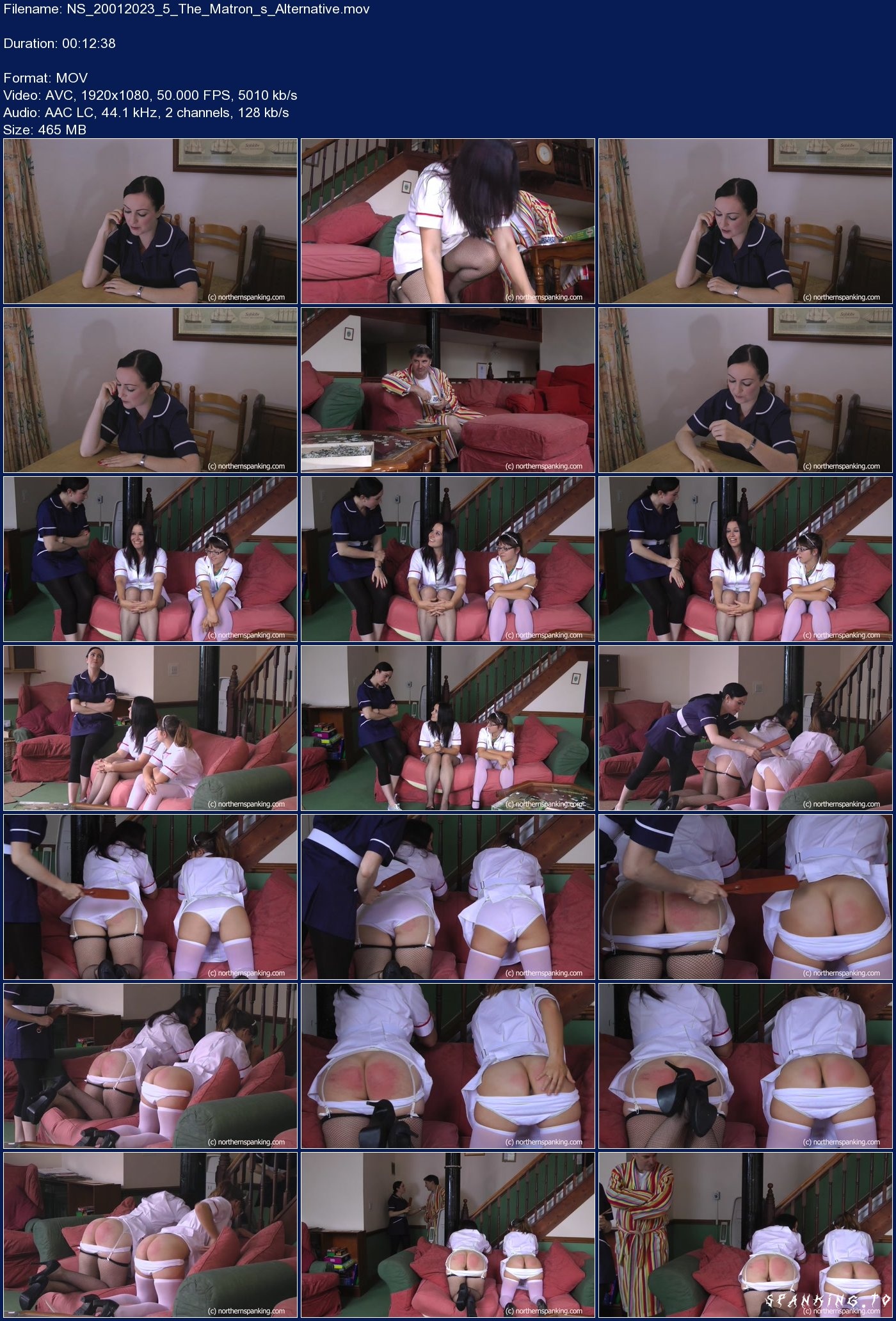 An employee of the Matron of a convalescent home received an complaint about the conduct and behaviors in two of her doctors. According to his daughter, they complained about the lack of respect shown to one Mr Osborne whom he was deprived of his tea and biscuits on time. The girl left him in her own devices, not even served his tea and biscuits on time! It seems that the complaint is somewhat puzzling, as we will see. But, the punishment suggested by Matron Jessica and its subsequent application to Rosie & Jenna's buttocks seemes to satisfy the complaint. In particularly if Mr Osborne gets to examine them for himself! In fact, you have to feel sorry for the poor old man.