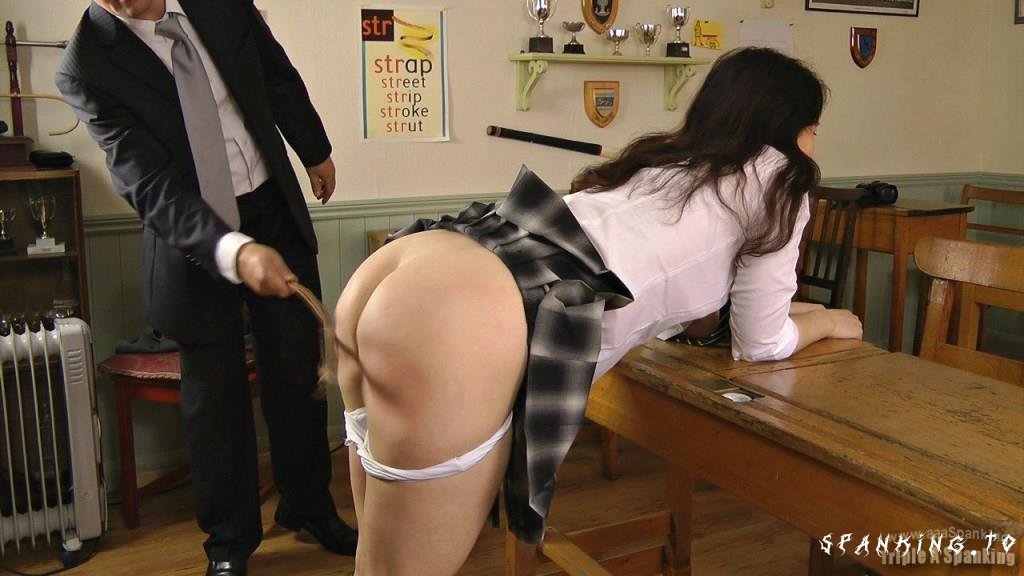 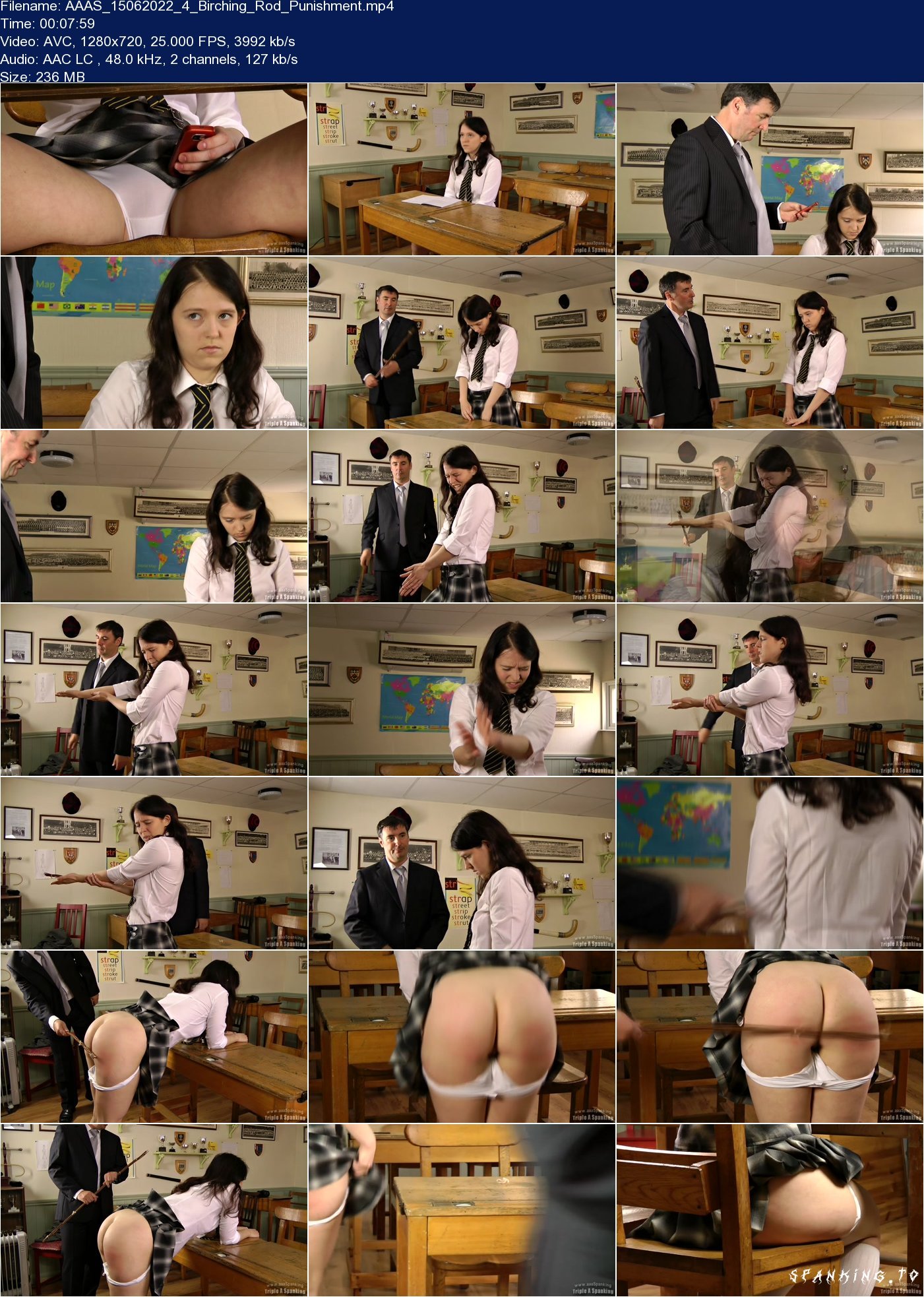 DESCRIPTION:
Kami Robertson was in detention for stealing from the local shop. Mr Osborne had promised the owner that she would learn her lesson & pay back what she had stolen. However, Kami had been secretly texting at her desk instead of writing her lines when her phone rang giving her away much to the disgust of stern old Osborne. He read her damning texts about what she thought of it all. No matter, Mr Osborne had the perfect deterrant in the form of his trusty birching rod, a tightly bound collection of long treated hazel twigs tightly bound & far more painful & stinging than the cane and he intended to use this across her thieving hands & her bared bottom to ensure she wouldn’t forget this detention in a hurry! There was no warm up or preparation, this was done quickly & severely without warning. Whilst Kami’s hands were still burning, she was ordered to turn around, lower her knickers & bend over the desk for a cold birching which you will see she hated as the collection of twigs bit into her soft white rounded cheeks! As Mr Osborne noted: “It was a cruel & unusual punishment” – It sure was!
Get Download Link
Tags: Punishment Kami Robertson Mr Osborne Bent Over Cane HD spanking