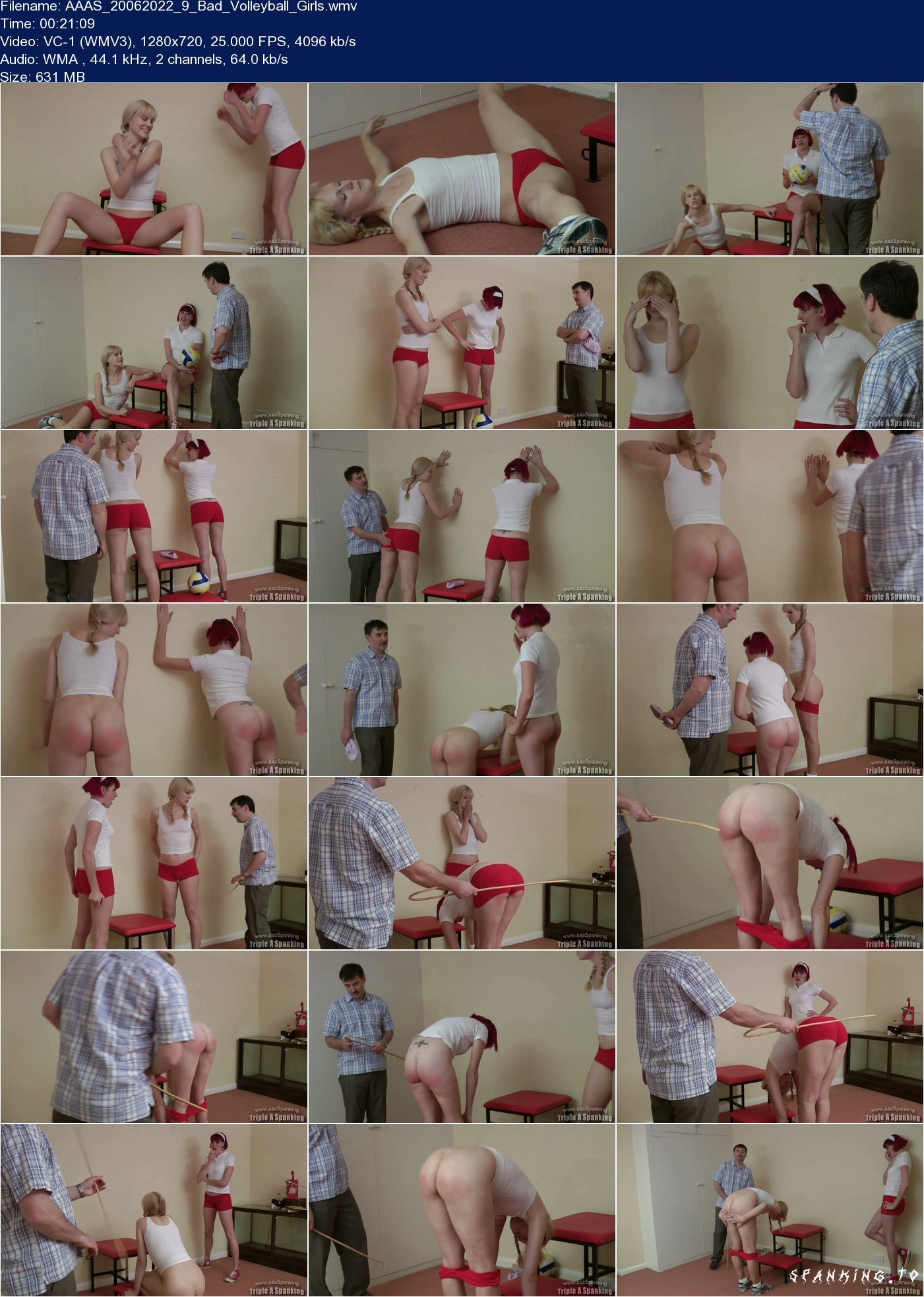 DESCRIPTION
Amelia & Molly were coach Osborne's best players so he was furious when both girls got sent off for fighting in a vital game which his team lost due to their thoughtless actions. Both girls were sent to cool down after the game as they discussed the events whilst stretching in a variety of revealing poses we are sure you will enjoy viewing! However, Osborne had further plans for these 2 as only he knew how as there were more things he wasn't happy about with the way the girls dressed provocatively on court causing him embarrassment from complaints he had received. He decided they would both receive a very humiliating double punishment in front of each other with a hard old fashioned slippering followed by the cane on both their bared bottoms to teach them a lesson they wouldn't forget in a hurry!
Get Download Link
Tags: Bent Over Hand Spanking Slipper Cane Spanking M F