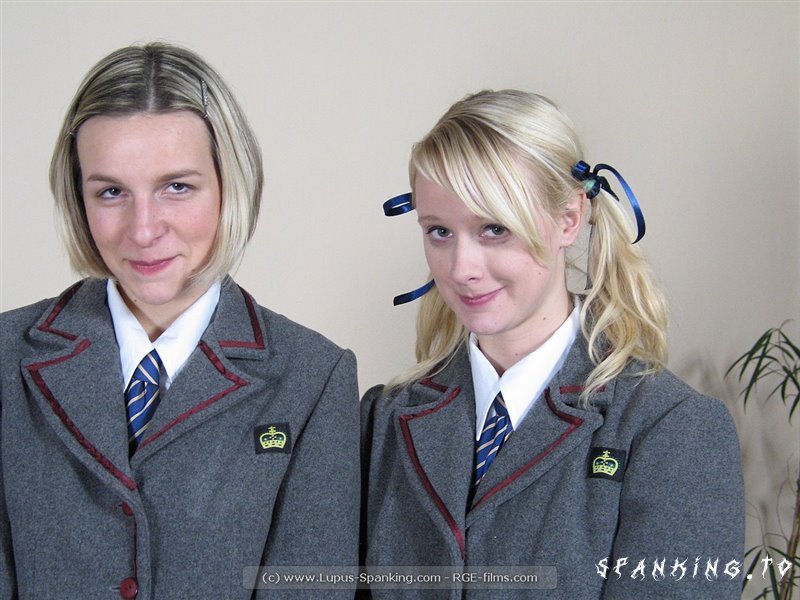 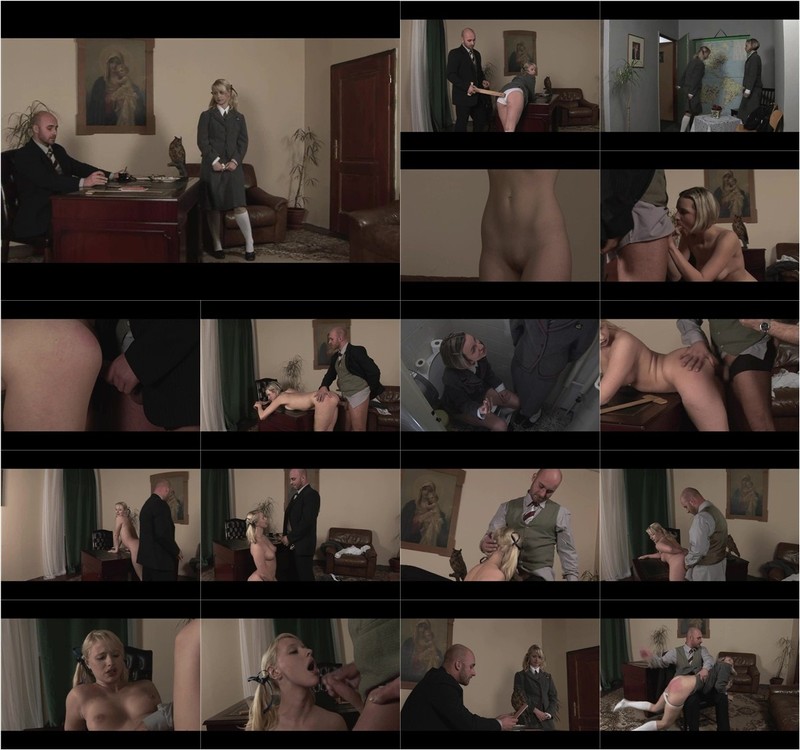 DESCRIPTION
how many times have we already presented a scene, in which depraved students are waiting in front of headmaster’s office for their fate, which at that moment doesn’t seem very optimistic.
A moment, when one student is invited into headmaster’s office, when stepping in with last scared gaze on her friend. A moment when the other girl, with her fingers playing nervously with a handkerchief, is listening to what might be happening inside….
Scenes, in which after a necessary lecturing, a depraved girl is forced to roll up the skirt of her school uniform, put down her white panties and bend over headmaster’s table.
When the headmaster starts to punish the bare bottom of the poor student, when…
A poor student? Really?
Who can say who of the main characters are dominant in such a situation, even when the punished student, with a slight twinkle in her eyes, delivers one sentence. One sentence, THAT sentence many of us wished to hear in our movies and which never has been said before.
At least until recent times….
‘And cannot we solve it in some other way?’
Well… we could. Men are weak creatures and all strictness is gone, when a beautiful crying student with her mouth slightly open kneels in front of you and starts to unzip your trousers…
But the thing that happens next – and be sure many things are gonna happen – is not all we’ve prepared for you this time.
Would you like to know, why the girls are always going to the toilets in two? And what do they talk about when sitting on a closet? Did you always want to know? We’re gonna show you the answer today…
And we’re also gonna show you, how such a dialogue can result for a girl who until today let herself punished only by a spanking on her bare but (which we’ll show you as well, of course), and now she just learnt how to say THAT sentence…
But what can happen, when a girl, who never said this sentence, finally decides to say ‘And cannot we solve it in some other way?’
Well…. truly never said that? How will this end and what will she do?
And finally – what fate will meet the girl, more precisely her bottom, when she decides to use the ‘And cannot we solve it in some other way?’ sentence to the headmaster twice in one day?
Now, say – isn’t it quite impudent?
Get Download Link
Tags: Lupus Dreams Lupus Prodaction Lupus Sitting Hand Spanking Bent Over